If you have samples that you would like to ship to NCRAD, please be sure to provide advance notification to: alzstudy@iu.edu as we are not yet fully staffed. As always, please ship ambient samples Monday-Thursday, and frozen shipments Monday-Wednesday only.

If international shipping is involved, please ship as early in the week as possible in anticipation of shipping delays due to Covid-19.

In addition, we will now be able to send out kit requests and sample distributions. Please order supplies if you are in need of any. 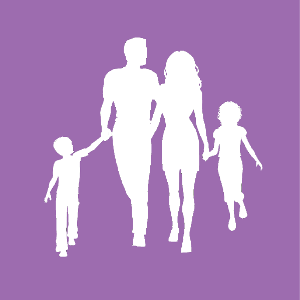 The Genetics of Alzheimer's Disease

In order to understand the genetics of Alzheimer's disease (AD), it is first necessary to understand the basics of genetics. Most cells of the body have 46 chromosomes, grouped into 23 pairs. One member of each chromosome pair is inherited from each parent. Each chromosome is composed of deoxyribonucleic acid (DNA), the genetic material that provides instructions for how the body grows and functions (See Figure 1). Genes are segments of DNA found on each of our chromosomes. Each gene provides the instructions for a specific protein with a specific function. Certain variations within the genes may lead to differences in individual traits (such as hair or eye color). Other variations in gene sequence may be disease-causing. When a gene variant causes disease, it is often referred to as a mutation.

Mutations in three different genes have been identified in some individuals with early-onset familial AD. These genes are called amyloid precursor protein (APP), presenilin 1 (PSEN1), and presenilin 2 (PSEN2). Mutations in these genes are inherited in an autosomal dominant manner (See Figure 2). A person who carries 1 copy of an AD-related mutation in one of these genes has a 50% chance of passing it on to each of their children. A person who inherits a mutation in one of these genes will develop early-onset AD, most frequently before the age of 65 and sometimes as early as 30 years of age. Individuals who do not inherit the mutation would not be expected to develop early-onset AD. However, they would continue to have the same risk of developing late-onset AD (unrelated to the inherited mutation) as anyone else in the general population. Approximately 1 in 9 adults over the age of 65 will develop late-onset AD, unrelated to a mutation in the APP, PSEN1, or PSEN2 genes.

The vast majority of people diagnosed with AD have an onset after the age of 65 years. These late-onset cases of AD are less likely to be caused by a mutation in the sequence of the APP, PSEN1, or PSEN2 genes. Rather, individuals who develop AD later in life are more likely to have developed the disease due to a combination of genetic and environmental risk factors (See Figure 3). One gene, termed apolipoprotein E (APOE), has been found to be an important risk factor for late-onset AD. A specific variant in this gene (termed APOE ε4) increases a person’s risk of developing AD; it does not guarantee that a person will develop the condition. Therefore, APOE is often referred to as a susceptibility gene. It is believed that additional genetic and/or environmental factors may be necessary in order for someone to develop the disease.

Not all individuals with early-onset familial AD are found to have a mutation in APP, PSEN1, or PSEN2, and some individuals with late-onset AD do not carry the APOE ε4 variant. Therefore, other genes must play an important role in the development of AD. Studies using samples collected and distributed by the National Centralized Repository for Alzheimer's Disease and Related Dementias will help scientists identify other important genes contributing to AD susceptibility. 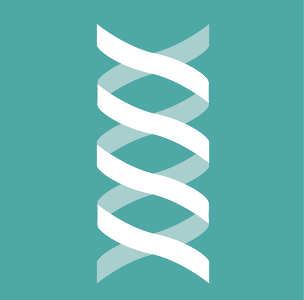